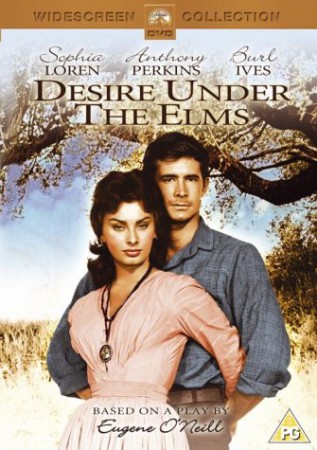 The hulking widower Ephraim Cabot abandons his New England farm to his three sons, who hate him but share his greed. Eben, the youngest and brightest sibling, feels the farm is his birthright, as it originally belonged to his mother. He buys out his half-brothers' shares of the farm with money stolen from his father, and Peter and Simeon head off to California to seek their fortune. Later, Ephraim returns with a new wife, the beautiful and headstrong Abbie, who enters into an adulterous affair with Eben. Soon after, Abbie bears Eben's child, but lets Ephraim believe that the child is his, in the hopes of securing her future with the farm. The proud Ephraim is oblivious as his neighbors openly mock him as a cuckold. Madly in love with Eben and fearful it would become an obstacle to their relationship, Abbie smothers the infant in its cradle. An enraged and distraught Eben turns Abbie over to the sheriff, but not before admitting to himself the depths of his love for her and thus confessing his own role in the infanticide.  (Wikipedia)