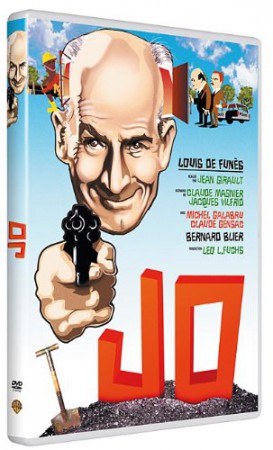 Antoine Brisebard is a playwright and rehearses his pieces now and again with his lawyer and friend Adrien. That a very specific sample, in which a man is shot, Brisebard making for a real murder, no one can know so far. Brisebard is blackmailed by Jo, a ruthless gangster. As this one shows up at night, Brisebard shoots him. But what to do with the body? First, it is hidden under the sofa. Since the Brisebards plan to sell their house, so some people frolicking around the house that are not useful for Antoine. As then appears also an inspector of the Criminal Investigation Department, it gets Antoine slowly but surely to do with the fear: Jo was found dead. But not in his house. So he killed someone complete stranger. But who?